Believe it or not a Paper Scissors Stone Club was founded in England in 1842.

The Paper Scissors Stone Club was set up in London after a law was passed saying that “Any decision reached by the use of the process known as Paper Scissors Stone between two gentleman acting in good faith shall constitute a binding contract. Agreements reached in this manner are subject to all relevant contract and tort law.”

The law was an obstacle to a growing number of enthusiasts, since the Metropolitan Police Service (established in 1829) took it to mean that the game could not be played for fun. The Paper Scissors Stone Club was officially registered as a somewhere gentlemen could play and avoid the long arm of the law.

In 1918, the name was changed to the World RPS Club and soon afterwards it moved its headquarters to Toronto, Canada. In 1925, it had more than 10,000 active members and became the World RPS Society and began hosting its first annual championship.

The process for creating Stone Paper was first developed by the Taiwan Lung Meng Tech Co. in the late 1990s and has since been patented in over 40 countries.

Stone paper has many uses: manufacturers’ tags and labels that resist wear and tear; posters, banners and outdoor signs that withstand the weather; manuals that survive rough handling and constant use; packaging and wrapping that only rip with difficulty; durable shopping and garbage bags; and waterproof underwater diving notepads.

Stone paper is also good for writing. Its sheets are smoother than wood-based paper. That old-fashioned stuff called ink works just as well or better, although some gel inks take a minute or two to dry completely. The product is long-lasting, grease and tear resistant, and waterproof. And it’s excellent for origami and paper airplanes.

But so far, the World Rock Paper Scissors Society has not ruled on its game-playing potential. 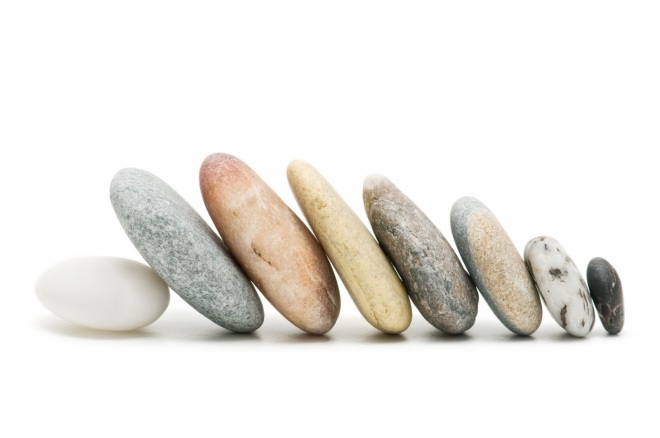