Mount Roraima was visited by the English explorer Sir Walter Raleigh in 1596. Its sheer cliffs rise up on the border between Venezuela, Brazil, and Guyana and it is one of the oldest geological formations on Earth, dating back some two billion years. 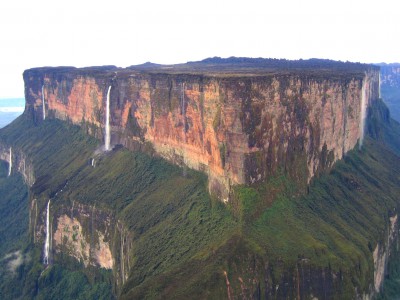 In 2006, Mount Roraima was the destination for the award-winning television documentary The Real Lost World. It followed the footsteps of British explorers Sir Everard Ferdinand im Thurn and Harry Perkins who, in 1884, photographed the flora and fauna of Roraima. The steep sides of the plateau make for an extremely difficult climb – which makes the chance of going up by balloon all the more attractive. 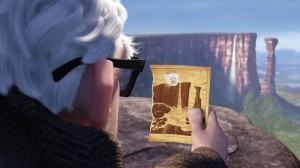 In 2009, Mount Roraima featured in Up, the best animated children’s film ever made. The film recounts the adventures of retired balloon salesman Carl Fredricksen, who is grumpy because of his age and because he lost his wife and childhood sweetheart Ellie. The Blu-ray version includes a short film called “Adventure Is Out There” about the Pixar production team going to Mount Roraima for inspiration.

Some of the flora on Roraima is unique to the plateau. Pitcher plants, bellflowers and a rare heather are found on the escarpment and summit. Almost the entire surface of the summit is bare sandstone, with only a few bushes and algae present. Scanty and bristly vegetation is also found in the small, sandy marshes that dot the rocky summit. It rains almost every day of the year and most of the nutrients present in the soil are washed away by torrents that cascade over the edge, forming some of the highest waterfalls in the world. 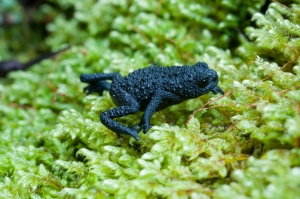 While there is much barren rock, there are also many bizarre and beautiful plants, including tree ferns, mosses, orchids, and a notable suite of carnivorous plants – an evolutionary trend reflecting the nutrient-poor nature of the thin soils – including sundews, pitcher plants, and even carnivorous bromeliads whose leaves have evolved into tube-shaped water-filled death traps for unwary insects. The most visible animals are birds, including jewel-like hummingbirds. One special creature is the small, black frog, Oreophrynella quelchii. Unfortunately, Kevin – the tall, brightly coloured, flightless bird from Up – is a no show.

Long before the arrival of European explorers, the mountain held a special significance for the indigenous people of the region and it remains central to many of their myths and legends. Venezuelan Indians believe Mount Roraima is the stump of the tree of life felled by the offspring of the Sun and a local woman named Tuenkaron, which unleashed a terrible flood.

“In its fall, the Wazacá tree threw up stones and mud, plants, bushes and lianas, and pushed over the trees Élu’yeg and Yaluwazáluima’yeg, forming the mountains called by those names today. And from its immense trunk, roots and branches was formed the great mountain Roraima, which rises like a giant from the savannah and silently watches as time, suns, moons and people pass by.”