By all accounts, we are losing the struggle to keep global warming down by 1.5C, after which even half a degree will significantly worsen the risk of drought, floods, extreme heat, and dire poverty for hundreds of millions of people.

Heat waves around the world suggest that we are getting closer and closer to that tipping point, while notable climate crisis writers like James Lovelock, Bill McKibben, and David Wallace-Wells warn that “It is worse, much worse, than you think.” They are not being alarmist. They are simply trying to open eyes and to create a sense of generational responsibility.

To keep global warming down, the first and only effective course is to stop using fossil fuels for any purpose – industry, air travel, ground transport, military operations (you can see that happening, can’t you?) and vanity projects like trips to the moon (which consume vast quantities of RP-1, a highly refined form of kerosene used as rocket fuel).

The second is voluntarily to minimise the use of fossil fuels to the extent that climate scientists have calculated would deliver some prospect of success. The third is to carry on regardless and leave it to the next generation – if they survive – to find realistic solutions to this threat to our very existence.

Cynical corporate interests obstruct the first course of action. Their greed maintains a wealthy elite that, in Naomi Klein’s words, believes “there is an acceptable price for allowing entire countries to disappear, for leaving untold millions to die on parched land, for depriving today’s children of their right to live in a world teeming with the wonders and beauties of creation” (This Changes Everything, 2014).

The second course of action relies on the goodwill of people who firmly believe in the crisis and their capacity to respond positively. The third is a form of self-immolation.

Apart from fossil fuels, on 1 March 2019, the United Nations General Assembly underlined the urgent need to tackle the compound crisis of climate change and biodiversity loss by proclaiming 2021-2030 the UN Decade on Ecosystem Restoration. Its aim is to revive at least 350 million hectares of degraded landscapes by 2030 – an area the size of India. But then came the likes of Brazil’s Bolsonaro, claiming that the Amazon is his for plundering and no one should interfere. Who is going to stop him?

Astonishingly, the British government has spent £680 million of its foreign aid budget on fossil fuel projects since 2010: an abysmal failure to align diplomatic, trade, and aid policies with the goals of the Paris climate agreement. According to a study carried out by the Overseas Development Institute, the UK allocated more overseas development cash to oil and gas in the two years after signing the 2015 agreement than it had in the previous five.

The UK’s cynicism is unbelievable: buying a kind of medieval indulgence by investing in reducing its own reliance on fossil fuels while simultaneously offloading outdated carbon-based technologies on poorer nations.

“Pied Beauty” is a poem by Gerard Manley Hopkins that English headmasters liked to read at school assemblies. Expressing wonder at nature’s diversity, it urges us not to take it for granted:

“Glory be to God for dappled things –
For skies of couple-colour as a brinded cow;
For rose-moles all in stipple upon trout that swim…”

Unless we all act decisively, there may soon be no more dappled things to see. 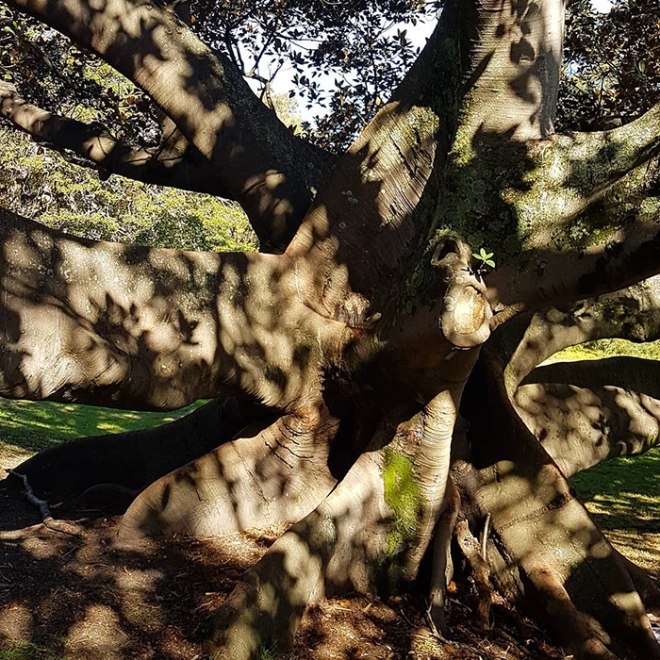 One thought on “Cynicism rules while dappled things vanish”