One hundred years after the First World War, misplaced nationalism is a growing threat.

In September 2018, the BBC updated its chart on the rise of nationalism in Europe. It noted the percentage of votes won by nationalist parties in the most recent national elections:

The choice of words is instructive. “Freedom” from what? “Alternative” to what? “Our country” as opposed to “Your country”. “People”, with its historically dark undertone of das Volk. This is not a resurgence of fascism, which brings its own terrors, but a resurgence of nationalism, quashed in many European countries before the First World War and again under authoritarian regimes both before, during and after the Second World War.

What is alarming is not the expression of dissent itself (which in a healthy democracy counts as firm action), but the fact that traditionally “liberal” countries have a much larger percentage of dissenters than might be expected. Sweden and the Netherlands are cases in point. So too is Germany, whose post-war history supposes a wariness of far-right politics and, in particular, of racism – although East Germans and ethnic Turks living in Germany might have a different view.

In Europe, the recent rise of nationalism has resulted in attacks on minorities, migrants, and displaced persons instead of attempts to address the failure of European institutions to function effectively and efficiently. Europe’s need to find workable solutions to its economic problems and to address the humanitarian refugee crisis that provides negative nationalism and populist politicians with a platform for rabble-rousing.

As European countries reassert their identities and seek political and economic alliances to achieve stability, multinational institutions like the European Union are under attack because devious politicians claim they are not to be in the “national” interest. Unfortunately, European politicians on the far-right are looking to Donald Trump’s brand of populism to see what tactics and messages work in order to justify similar tactics in their own countries. The European ideal of human freedoms shared equally by all people is being poisoned by self-interested individuals and their cohorts whose only real aim is power.

The Charter of Fundamental Rights of the European Union prohibits “Any discrimination based on any ground such as sex, race, colour, ethnic or social origin, genetic features, language, religion or belief, political or any other opinion, membership of a national minority, property, birth, disability, age or sexual orientation.”

Europeans who vote for a form of nationalism that denies this right are fomenting division and ultimately violence. Ominously, such ill feeling runs the risk of being directed at other Europeans and not just at perceived “interlopers”. As Natalie Nougayrède noted in “The real danger to Europe? The lost sense of a common cause” (The Guardian, 24 October 2018):

“One recent analysis, published by the Brussels-based Carnegie think-tank, warns that by creating a climate of fear, populist parties fuel ‘xenophobia toward other Europeans’, not just toward people coming from further afar. And there is no such thing as a widely used European public service media organisation that might help bridge perceptions.”

All of which raises the spectre of Europe at war with itself. 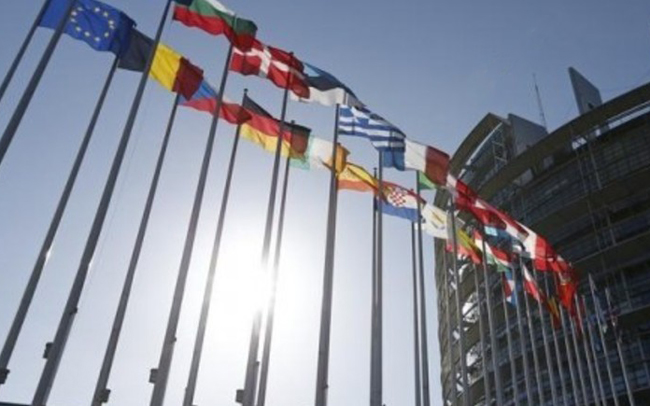