The Canada Revenue Agency is auditing some of Canada’s most prominent environmental groups to see if they comply with guidelines restricting political advocacy. Charities can use a maximum of 10% of their resources for political activity.

For years the guidelines on “political activity” have been interpreted to mean that a group can oppose a government policy, but cannot back a specific candidate in an election. If the CRA decides that environmental groups broke the rules, their charitable status could be revoked, effectively shutting them down.

Many of the groups are among the Conservative government’s fiercest critics. In 2012 Finance Minister Jim Flaherty signalled that the political activity of these groups would be closely monitored, allocating an astonishing $8 million to that effort. Environmental organizations believe they have been targeted in order to silence criticism.

The list of groups undergoing audits reads like a who’s who of the environmental charity world. It includes:

In the USA, environmentalist and public critic Ed Abbey faced similar obstacles in his struggle to save and protect southern Utah and the Moab desert from the predations of multinational corporations and vested interests in local and federal government. In a typical rant in Postcards from Ed: Dispatches and Salvos from an American Iconoclast (2006), he protests against ignorance, corporate greed, and organizational immorality:

“Corporate institutions, such as the State, create a morality of their own, inferior not superior to the morality of ordinary men and women in their homes, clans, villages and towns. Through the diffusion of responsibility, the remoteness of control and the impersonality of its large-scale operations, the social institution is capable of crimes which mere people, in their face to face dealings with one another, could not even imagine.” 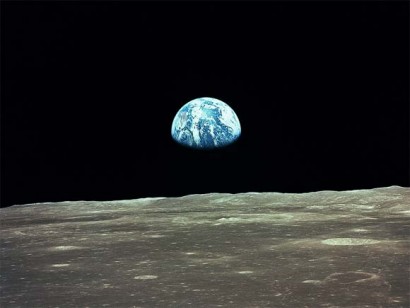 The world is facing environmental disaster unless realistic and sustained efforts are made within nations and between nations to bring about rapid change. We are all in it together.

The David Suzuki Foundation is a leading proponent of visionary environmental thinking and decision-making. Its Declaration of Interdependence says, “Our home, planet Earth, is finite; all life shares its resources and the energy from the sun, and therefore has limits to growth. For the first time, we have touched those limits. When we compromise the air, the water, the soil and the variety of life, we steal from the endless future to serve the fleeting present.”

One day people will wake up to the fact that this is all there is. But by then it’s going to be too late.